So you have made the decision that there is more to life than dieting. But the mixed messages emanating from today’s diet culture are likely to have left you in a quandary over which foods you should actually eat.

For years, you have been told to avoid entire food groups, not to eat after 6pm, or to fast for two days a week. It is impossible to remember a time when your supermarket trolley was not piled high with zero-calorie noodles, meal-replacement bars or cottage cheese.

No, what I am asking about is what food would you like to eat right here and right now if there were no limits. If no foods were designated as either good or bad, what would you choose?

Writing this, I find myself fancying a wild mushroom and parmesan risotto with crunchy garlic bread, a crisp side salad and, seeing as the weather is now feeling suitably autumnal, a delicious plum crumble with custard to follow. Be patient though as there is a point to all of this – it is about exploring the antithesis of dieting.

You may remember a time as a child that involved eating when you were hungry and stopping when you were full. While you may not have been in charge of the food that was available at that point, you may have had a strong understanding of what your body enjoyed – and at times, certain foods may have seemed more appealing than others.

If you are anything like the millions of dieters around the world, it is likely you will have become disconnected from this profoundly important way of nourishing your body. It may have been a result of encouragement from others to finish everything on your plate when you were a child or to have a drink to fill you up when you felt hungry. But whatever the source, such suggestions inevitably lead us to question our body’s instinctive knowledge.

As a result, many in the anti-diet movement are now support a return to eating mindfully or what Evelyn Tribole and Elyse Resch call ‘intuitive eating’.

The key principles of intuitive eating are to honour your body’s hunger and fullness, being sure to eat foods that bring you enjoyment while at the same time leaving the negative messages behind. Intuitive eaters might consider whether their bodies are in need of something salty or sweet, crunchy or soft, warm or cold, spicy or mild.

Of course, it is not always possible to eat exactly what we want as there are often time, financial or other constraints. But by returning to this way of eating, you do feel an immense sense of freedom from dieting. 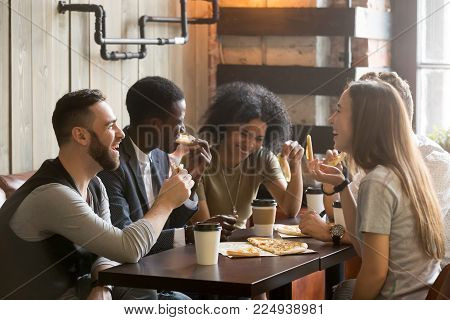 One of the concerns that people often raise about this approach is the safety of giving ourselves permission to eat whatever we fancy. “Wouldn’t we just live on pizza or ice cream?” they ask.

Founders of the Health at Every Size (HAES) movement, Linda Bacon and Lucy Aphramore discuss just this subject in their book ‘Body Respect: What Conventional Health Books Get Wrong, Leave Out and Just Plain Fail to Understand about Weight’. They say: “The idea that you can stop watching your calories and eat what you want, when you want, is so contrary to current ideas that it evokes tremendous fear.”

But one of their studies confirmed that: “Once participants realized they could eat whatever they wanted and were supported in choosing foods they fancied, and in letting food serve many roles, food stopped holding as much power over them.”

Think about it: If you truly knew that you would be able to eat more of a particular food whenever you felt like it, without guilt or judgment, would you still spend so much time thinking about whether to eat it or not?

But it is worth noting that many people experience what anti-diet registered dietician and certified intuitive eating counsellor Christy Harrison calls the “honeymoon phase”. At this stage, they often feel “out of control” or as though they “can’t get enough” of food.

Moreover, exploring their new-found, unconditional permission to eat can last for months or years, particularly for those who have been dieting for a long time. It may feel like a pendulum swinging between eating a great deal and restricting your input again, but this situation will settle down in time, as I have experienced myself.

With regard to the issue of physical health, I do not tend to discuss it much in my work as I believe every body is worthy of respect, regardless of their state of health. But a recent HAES study showed clearly that after two years, those who lived by HAES principles, which include intuitive eating and movement, were markedly healthier, both mentally and physically, than those who continued to diet.

The report stated: “The HAES group sustained improvements in blood pressure, total cholesterol, LDL (low-density lipoprotein), and depression, among many other health parameters. The typical-diet group, on the other hand, showed initial improvements in all of those parameters (and weight loss), but returned to their starting point within a year. The HAES group improved their self-esteem and reported feeling much better about themselves at the program’s end, whilst the dieters’ self-esteem plummeted.”

Due to its considerable benefits, intuitive eating is unsurprisingly becoming better known as the body- and fat-positive communities spread the word. I really hope it is only a matter of time before more people begin to question the compounded misery that dieting brings, which includes everything from food restriction to binging and the inevitable process of weight cycling (gaining and losing the same weight many times).

The fact that someone felt the need to coin the phrase ‘intuitive eating’ makes it clear just how disconnected many of us have become from our own bodies. But only when we stop relying on diet companies and the media to tell us what to eat and start listening to our own bodies instead will we truly experience life beyond dieting. 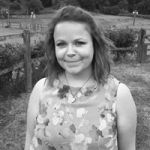 Gem Kennedy is a Body Positive activist and transformational coach. Having started her first diet aged 10 and spent many years promising herself that this would be the year to lose weight and start living, a switch flicked in 2017 when she discovered the Body Positive and Fat Activist communities. After training as a transformational coach, she now specialises in coaching and mentoring clients both individually and in groups to help them shed the burden of today’s diet culture and feel confident enough to be in the world exactly as they are, right now.

OTHER ARTICLES THAT MAY INTEREST YOU

Transformational coaching: Finding the answers within

The hidden scourge of nutritional deficiency