During the Middle Ages, Walsingham in north Norfolk was one of the four great shrines of Christendom, rivalling Jerusalem, Rome and Santiago da Compostella in north-west Spain.

The greatest Marian shrine – or sacred spot dedicated to the Virgin Mary – in the medieval world, it was also known as ‘England’s Nazareth’. This was because Mary is said to have appeared to a widowed Saxon Lady, Richeldis de Faverches, in a series of three visions there in 1061, with the Christ Child seated on her lap.

In the visions, Mary showed Richeldis the house in Nazareth where she had once lived and where the angel Gabriel had told her that she was to become the mother of the Messiah. Afterwards, she gave Richeldis instructions to build a replica of the ‘Holy House of Nazareth’ in Walsingham, which she summarily did.

And the legend goes that, although Richeldis had been unsure where to build it, one morning following a heavy dew, two dry patches of equal size appeared in one of her meadows. So she took it as a sign and based the plot there, just behind a pair of twin wells.

But when the workmen tried to build at the site, they found they were blocked from doing so and eventually gave up in despair. After they had consulted Richeldis on how to proceed, she spent the night in prayer – and next morning found that a complete chapel and house had appeared on the chosen spot, brought there, it was believed, by Our Lady of Walsingham herself.

As this all took place during the time of the Crusades when it was almost impossible for British and European Christians to visit the original Nazareth in the Holy Land, Walsingham became the main regional shrine to the Virgin Mary instead. Over time, a large monastery was built on the site and it became a major place of pilgrimage, with visitors asking Mary to pray to Jesus on their behalf. In fact, by the late Middle Ages, it was deemed to be every Englishman’s duty to have visited the shrine at some point in his life.

A statue of ‘Our Lady of Walsingham’ was also placed in the abbey grounds, although both the shrine and the statue were destroyed during the Reformation 500 or so years later, when the pilgrimages stopped coming too.

But devotion to Our Lady of Walsingham was revived again during the 20th century, when a replica of the Holy House of Nazareth and a copy of her statue (realised from the mediaeval abbey’s seal in 1897) were made to adorn the Catholic Church in Kings Lynn. The statue was then moved to the Slipper Chapel at Walsingham – and the pilgrims started returning in their droves.

The Church of England also built a big church there, near to what is thought to be a Saxon well. The Greek and Russian Orthodox Churches followed suit, resulting in four of the great Christian denominations cohabiting happily on the same site.

And you can see why. Walsingham is a deeply spiritual place where it is easy to get in touch with your inner self – whether you happen to be Christian or not.

For believers, the statue of Mary presenting her son Jesus is a reminder of the central role He can play in your life if you choose to follow His path of love, putting God and caring, tolerant, forgiving relationships at the heart of your being. Through prayer and contemplation of Jesus’s teachings on peace and reconciliation, it becomes possible to create a harmonious inner space.

But the ‘Holy House’ also represents more than the mere physical dwelling in which Jesus, Mary and her husband Joseph (he was also part of Richeldis’ vision) lived. In fact, it is an important spiritual representation of the parental milieu in which Jesus was nurtured, namely a model family grounded in love.

On a personal note, about three years ago at a time of various family difficulties, we were asked to join a pilgrimage to Walsingham and found it particularly helpful. It provided space to think and reflect and, figuratively, put our cares into Our Lady’s hands, thereby helping us to accept what the future would hold more easily.

But from a wider viewpoint, taking time out in this way can also help us discover a suitable balance between our own individual aims and our duties and responsibilities too. If we fail to appreciate each other in a loving way – with all our differences – it can all too easily lead to conflict. But should it occur, forgiveness and trying to move beyond the hurt are a vital part of any successful relationship.

At a more international level, such ideals can also offer hope and even, if heeded, help countries avoid interracial tensions and war. Because it is about appreciating the beauty of different people and cultures and what they have to offer rather than simply seeing them as ‘other’, with all of the destruction this attitude brings – often leading in the case of armed conflict to the uprooting, separation and alienation of families.

The Holy House of Nazareth and its occupants, therefore, offer us inspiration and insight into how to care for and nurture others during their passage through life, while also guiding us in how to find fulfilment in our own. 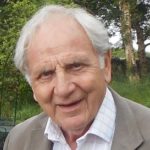 Andrew Everett is a retired senior lecturer in Healthcare from Northumbria University, Newcastle upon Tyne. His interests are mental health, music, especially vocal, architecture, railway workings and their history. Andrew has written many articles on these topics for magazines and professional journals and has had four books published, with four more in various stages of preparation.

OTHER ARTICLES THAT MAY INTEREST YOU

Labyrinths: A pathway to healing

Transformational coaching: Finding the answers within